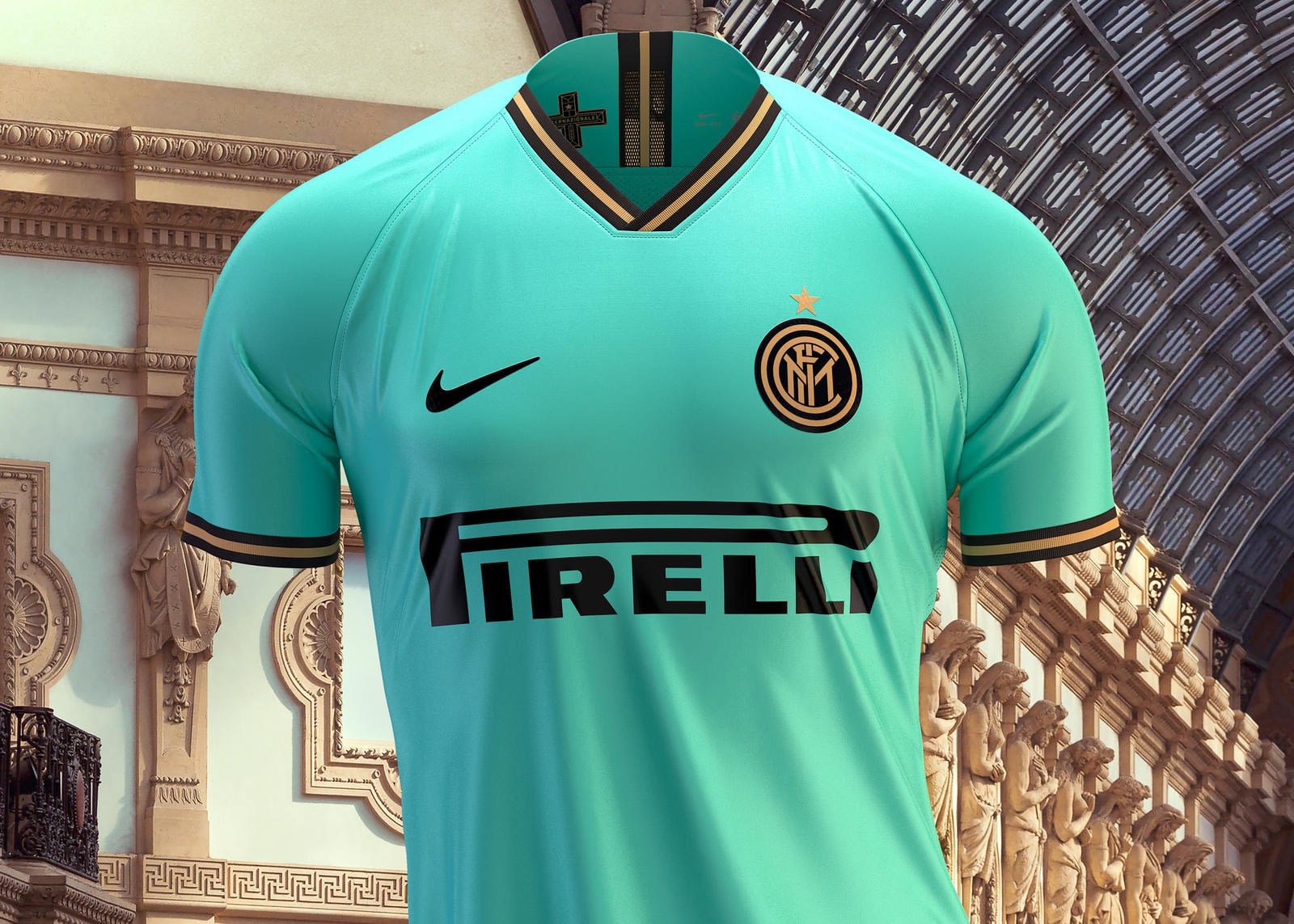 The Best 2019/20 Designed Football Kits, as rated by a Design Agency.

There are a few football fanatics in the DayOne team, which inevitably means that the summer, the close season, is a difficult time. What do you do in between football seasons?

Sure, we’ve had the inaugural UEFA Nations League finals (and another England heartbreak) and the FIFA Women’s World Cup, arguably the most successful ever. Not to mention The African Cup of Nations and Copa America. And Wimbledon. And that Cricket World Cup. And there’s still Formula One.

But is that really enough sport to keep the withdrawal symptoms from the European men’s game at bay?

We don’t think so.

I even caught myself watching televised Pétanque on a French TV channel last week.

To keep ourselves busy, and to stop ourselves trying to justify why watching live boules is a good use of time, we’ve been looking at what’s coming up in the 2019/20 season.

Will Pogba stay at Man Utd? Is Bale finished at Real? Can Newcastle survive under Bruce?

But what we do know, as DayOne Design Studio, is what good design means. So, we’ve delved into the curious sub-culture of football-shirt design. Here’s what we’re looking forward to most for the upcoming season:

The Italian giants have paid homage to the most successful season ever with this beautiful designed strip, in the same colour as Number 1 Goalkeeper Julio Cesar’s kit from the 2010/11 season – a time when Inter Milan held the Serie A, Coppa Italia and Champions League titles.

Yet while that turquoise kit, with horrific tyre-track styled sleeves (Pirelli’s input, perhaps!?), did little to endear the Internazionale faithful, this current number has come up trumps.

It sports a beautiful colour palette – turquoise, black and gold – and the colours on the badge have been inverted from the home shirt, so they match the trim.

The sponsor and the star (awarded for winning 10 championships), are in black and gold respectively, so there is no clashing with the other elements of the shirt.

A slight overlap in the collar, instead of meeting in the middle, is classy detailing, completing this stylishly simple shirt.

With former Chelsea manager Antonio Conte at the helm, let’s hope this shirt will help them revert to their more successful days.

Daniele De Rossi, the most-capped Italian player of all time (117), and with 616 appearances for Roma (only Totti (786) has more), left the club at the end of the 2018/19 season. So how do you prepare for life without your captain?

Well, getting your kit right is a good start!

Unmistakably a Roma kit, Nike have solidified the deep-red and golden colour combination, the hallmark of the I Giallorossi (‘The Yellow and Reds’ to us non-Italian speakers).

The lightning bolt on the trim is reserved and considered, giving the illusion of pace and a slight edginess without detracting from the overall tastefulness of the kit.

And, according to Nike (the kit manufacture, not the goddess of victory), it’s a nod to Jupiter, God of the Sky in Roman mythology.

Finally, the white-out, monotone logo ensures the design credibility of the kit is continued , matching the white she-wolf on the badge.

With De Rossi and Totti gone, Roma will be hoping to look to the future while maintaining their rich heritage.

PS. If you don’t think Nike went far enough with the lightning-bolt theme, check out Roma’s AWAY KIT!

Great design doesn’t have to be complicated, and there is no better example of this than Atlético Madrid’s away kit.

It’s pure and simple, making the most of its main black colour. Only the badge, the swoosh and the sponsor interrupt the monotone, the dark red adding a formidable injection of passion.

The two-tone simplicity gives the shirt a high-end and almost austere feel, perfect for intimidating opponents and beautifully capturing Atlético’s fiery resurgence and perseverance, which has propelled them into the football elite over recent seasons.

Madrid’s second team are no pushover, as proved by recent events surrounding Antoine Griezmann’s ACRIMONIOUS TRANSFER, and this kit is a great showcase of their fortitude.

These are turbulent times for Chelsea – facing the new season with a transfer ban, a relatively unproven manager in club-legend Frank Lampard and all without their best player, Hazard, who’s swapped the English capital for Madrid.

While there may be bumpy times ahead on the pitch, at least they’ll look smooth on the road with this smart polo shirt.

Seamlessly matching the red, white and blue used in the badge, Chelsea have also managed to change the logo of the sponsor “Yokohama Tyres” to blue, so there isn’t an awkward colour clash (something a lot of sponsors don’t allow in order to protect their own brand identity).

The trim and button-up collar are super-smart and, coupled with the colour scheme, are a deliberate nod to the MOD culture which was prevalent in 1960s London, particularly near Chelsea’s Stamford Bridge home.

And if Chelsea are going to fare well this season, they’ll need all the strength they can muster!

And let’s not forget our trans-Atlantic neighbours. With the Major League Soccer season running from March to October, watching these games is one way of being able to see quality football during the long summer months (we know that Freesport Channel 64 often has live games for that late-night football fix!).

In April this year, and for the third year running, the MLS superstars all donned special kits in aid of Earth Day weekend.

The kits, in collaboration with PARLEY FOR THE OCEANS, are actually made of 75% ocean plastic waste. Using low-energy and low-water printing processes, this rubbish is turned into ‘technical yarns’ and from there crafted into high-performance sportswear.

Not only are the kits elegantly simple, with the home and away shirts just an inversion of the two-colour scheme, they highlight a great cause, one that is particularly close to DayOne’s HEART.

The colours ‘Legend Ink’ and ‘Blue Spirit’ are representative of the depths of the ocean.

With this as a benchmark, we’re looking forward to what they’ll do for next year’s Earth Day weekend!

WHAT HAVE WE LEARNT?

Nike have really set a high bar for designs this season, dominating DayOne’s list. And it isn’t by chance. They haven’t overcomplicated things, but all these shirts, while simple, elegant and stylish, at the same time manage to capture an element of the clubs’ spirit, and that’s what great design is all about.

General Enquiries
For all other enquiries contact@vespadesign.co.uk