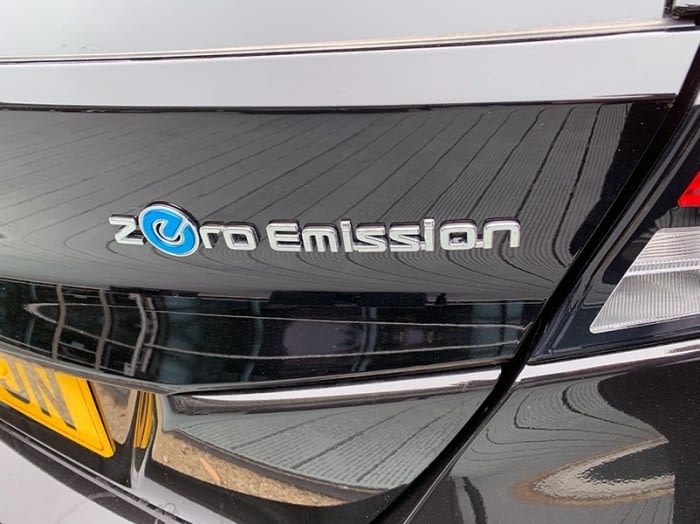 Should I buy an Electric Car?

Two years ago I test drove a Tesla Model S at Bluewater. A month ago I took out a Jaguar I-Pace for a test drive, and today I took a trip to Discovery Park where the science park was hosting an electric car demonstration day. I love cars (we have four of them in our household) and I have been following the rise of the electric car with great interest for several years now. For a while, I’ve really wanted my ‘next car’ to be all-electric, but similarly to when digital cameras first came on to the scene I’m conscious about waiting for just the right time – that tipping point when the new technology is at least equal to the old.

The two electric cars that I have driven have both been large: the Tesla Model S is a shade under 5 metres long and the I-Pace not much shorter at 4 and a half metres. To put this into perspective a Ford Fiesta, Britain’s best-selling car is only 4 metres long. The reason for this, I am reliably informed, is the bigger the car the more batteries it can accommodate, and thus, the further it can go on a single charge.

At the Discovery Park event, Jaguar Land Rover were showcasing two cars: the aforementioned I-Pace and a hybrid Range Rover Sport. If you are looking for luxury, both of these cars tick that box. The Range Rover was luxury embodied. I’m a particular fan of light coloured interiors and the pale leather gives an amazingly luxurious feel to the whole cabin with the advantage of plenty of space for driver and passenger. Sitting inside the whole car oozes quality… but it is a massive vehicle; it feels big, sturdy, well-built and heavy, and at the moment it is only available as a hybrid and not as an all-electric car (giving about 20–30 miles of electric-only range). Which is a problem for me, if I am going to make the electric switch then it’s going to have to be 100% electric.

Last time I saw the Jaguar I-Pace I thought it was a large car, but sitting next to the Range Rover it seemed to shrink in front of my eyes. The cabin is more ‘quality’ than ‘luxury’ and seems a little more futuristic than the Range Rover… best of all though, it’s all electric. The Jaguar sales rep tells me that 230 miles is quite achievable between charges, which is towards the top of current electric car ranges.  Like many electric cars the Jag is equipped with loads of gadgets managed via the big touchscreen. I really like the Jag.

The Jaguar I-Pace ticks all the boxes, except one – the price. Not many of us have £70,000 to spend on a new car. Even buying on a lease scheme means well over £600 per month which is significantly higher than most petrol or diesel ‘quality’ family cars. So I was particularly intrigued to take a look at two other smaller cars. When I say smaller, I’m not talking about Minis or Fiat 500s, the two cars in question are the VW electric Golf (or e-Golf as they call it) and the Nissan Leaf. The former is a brand new model just out, whereas the Nissan rep told me that the Leaf is now in its second generation and has been out for 10 or 11 years.

So, how do these more compact cars compare to the heavy-weights?

Firstly, the Nissan Leaf. Apparently, LEAF is an acronym for Leading Environmentally friendly Affordable Family vehicle (catchy eh!). I do see these reasonably regularly driving along and have never been that impressed, to me they have always looked a bit too ‘eco’ and not like a ‘real’ car – maybe I’m being too old fashioned. However, the Nissan Leaf on display is the new version which has been out for just over a year and it’s not half-bad! It looks like a proper small family car, and what’s more, Nissan have been steadily improving the battery technology over the last decade and I was told that you can now get 230 miles out of a single charge. Now that’s impressive and will avoid any range anxiety if it’s used for local trips and commutes. Only long motorway journeys will need a bit of forward planning.

I like supporting British industry and the Leaf is made in the UK , including the batteries. The I-Pace is more stylish, bigger and a generally better quality interior – but it is more than twice the price of the Nissan Leaf and the maximum ranges are not too dissimilar.

If the Nissan Leaf is the long-established market leader for electric cars then the VW e-Golf is the new kid on the block. The one we saw has a snazzy blue strip around it but other than that it looks like a normal Golf. In fact, the salesman said that’s VW’s intention, to make a Golf that is the same as all the other Golfs in the range, except with the benefits of an all-electric engine.

Compared to the Nissan, the interior was probably a touch better in the Golf though there was not much in it and it comes down to personal preference. We were told that when accelerating from 0–30 mph the e-Golf was quicker than its GTI sibling, though we later found it was more sluggish at higher speeds!

The e-Golf has a bit more prestige and benefits from the German technological reputation, but the car is several thousand pounds more than the Nissan and has a significantly lower range.

Boasting 282 electric miles maximum range (according to the sticker on the side of the car) the Kia eNiro sits between all the previous cars in size, a bit bigger than the VW but smaller than the I-Pace. There seems to be a variety to choose from: there’s a plug-in hybrid, a self-charging hybrid and a ‘mild’ hybrid in addition to the all-electric version on display today. The real difference is the amount of available battery power, the electric eNiro has a 64 kWh battery whereas the other three hybrids range between 0.44 and 8.9 kWh, so pretty miniscule.

The Kia has a more practical SUV feel about it, and is about the size of the very popular Nissan Qashqai. Price-wise, it’s in the same bracket as the eGolf and bit more than the Leaf, plus it apparently won What Car 2019 Car of the Year. What you get with the eNiro is space – much more than the more compact VW and Nissan. If you’re looking for an affordable electric SUV the Kia is definitely worth a look.

So which would I choose? If money was no object, the I-Pace. But I worry about switching just yet, we hear talk of many new electric cars coming our way and the battery technology is evolving so quickly – remember those chunky mobile phones with batteries bigger than the phone itself? I think I will wait another year before I take the plunge. We need to see affordable electric cars with +500 miles range.

General Enquiries
For all other enquiries contact@vespadesign.co.uk